Will Banks Emerge from the Covid Crisis as Good Guys?
COVID-19 Impacts & Mitigations | Social
May 1, 2020 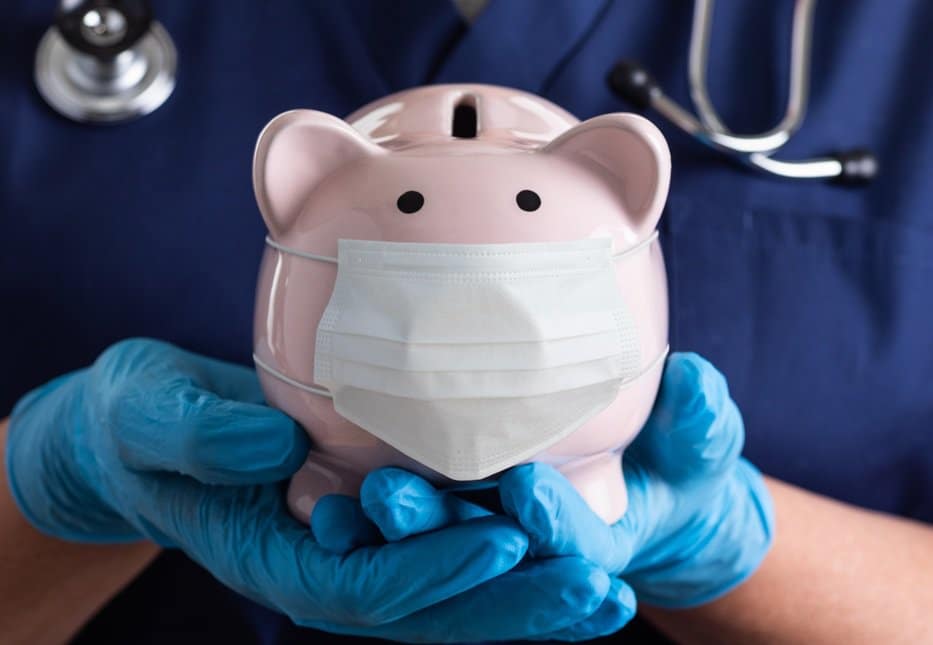 During the last economic crisis, in 2008, the nation’s largest banks were widely criticized as the culprits while simultaneously getting billions in government bailouts.  This time around, while certainly not the cause of the COVID-19-fueled financial collapse, the banks are positioning themselves as the good guys.

This Time the Good Guy?

Banks have engaged in a number of customer-friendly tactics throughout the pandemic such as:

This is the same industry that was chastised for years of irresponsible mortgage lending and underwriting that led up to the 2008 financial collapse. Six weeks ago, just as businesses were starting to shut down large banks acted decisively by announcing breaks to customers whose finances were being turned upside down.

With similar programs, Bank of America (BAC) in its first-quarter earnings report said it received nearly 1 million payment deferrals requests as of April 8.

Virtually every other major retail bank has extended offers to defer loan and credit card payments for two to three months. While interest will accrue, there will be no late fees or credit report dings. Jane Fraser, president of Citi (C), the nation’s fourth-largest bank said with $1.9 trillion in assets, in a statement to customers: “Our goal is simply to be there for you with the support you need, whether it’s waiving service fees or deferring a credit card payment, or supporting small businesses, the lifeblood of our communities.”

Most banks have also suspended foreclosures and auto repossessions.

Banking analyst Jeff Davis, managing director at Mercer Capital in Nashville, said the loan leniency for individuals and businesses is driven by goodwill and logic. “They’re doing it because it just makes sense,” he said. “And banks don’t want to be foreclosing on stuff right now.”

At the same time, banks in the last six weeks have worked hard to project a “business as usual” mentality, at least as much as possible. Many large banks closed their lobbies to walk-ins and shifted to drive-thru service or appointment-only service, often with a worker going out to a customer’s car. Others quickly installed teller glass. The moves were well thought out, part of a 10-page “Influenza Pandemic Preparedness” plan, issued by the Federal Reserve, FDIC. and other regulators in 2006 and revised after the 2009 SARS outbreak. Banks are required to practice their emergency plans once a year.

At the same time, Chase committed to pay all branch employees for their regularly scheduled hours, even if they’re working less or being asked to stay at home. The company has 250,000 employees.

Bank of America made a similar vow, saying the 200,000 employees at the second-largest bank are guaranteed to have jobs at least through the end of the year, no matter what. In addition, BofA, which has $2.4 trillion in assets, hired 2,000 new employees in March and shifted 3,000 current employees to consumer and small business operations.

It’s not as if the banks are going to be basking in profits. For starters, lower interest rates are expected to squash banks’ interest income growth for months, if not years. Further, profits will be squeezed as banks pump up loan loss reserves. And individual banks are already seeing fee income reduced by tens of millions of dollars in the first quarter alone. For example, Wells Fargo (WFC), in April said first-quarter card fees were down $128 million. Overall, Wells Fargo, the nation’s third-largest bank, said first-quarter profits were down 89 percent compared with a year ago.

Still, banks are stepping up their generosity. Chase announced a $50 million commitment to help address the immediate humanitarian crisis and a $150 million loan program aimed at getting capital to “underserved small businesses and nonprofits, particularly in the hardest hit communities.” BofA promised $100 million to local communities to buy medical supplies, food and other needs and $250 million in capital and $10 million in philanthropic grants to Community Development Financial Institutions.

Many industry observers believe it’s way too early to say whether banks will emerge as winners for their philanthropic efforts and general COVID response. Critics lobbed plenty of harsh words at some banks in recent weeks for their handling of Paycheck Protection Program (PPP) loan applications (see our coverage here and here).

All of the built-up goodwill could evaporate quickly if the multi-round PPP ultimately falls short and banks are blamed.
For now, Davis said the banks deserve credit. They overhauled their systems and processes in a matter of days to accommodate the onslaught of applications for the initial $350 billion intended to help small businesses. He said some banks even brought in employees for overnight shifts, hoping to take advantage of lower computer traffic in the middle of the night. “The banks have done an absolute yeoman’s job,” Davis said.