CEO James Meyer (C- officer rating) will retire December 31st, capping an 8 year tenure leading the company, though he will retain his seat on the Board.

Replacing Meyer as CEO will be Jennifer Witz, who previously served as president of sales, marketing, and operations. This marks another high profile woman CEO appointment, following Citi’s appointment of Jane Fraser earlier this month.

During Meyer’s time at the helm Sirius sported an 11% annualized TSR. He led the company through a transformational period in the music industry and oversaw significant moves including the 2018 $3.5B acquisition of Pandora.

David Frear, EVP and CFO, (B- ~ officer rating) is parting ways with the company after 17 years. He had a TSR of 10% during his tenure.

Replacing Frear will be Sean Sullivan (D ~ officer rating), who unlike Witz, comes from the outside. Sullivan previously served as CFO of AMC for 9 years where he had a TSR of -11%. The transition will take place October 26th.

Witz will join the board immediately, making it her her second board, after joining LendingTree earlier this year. To make way, George Bodenheimer (B- ~ director rating) has resigned effective immediately. 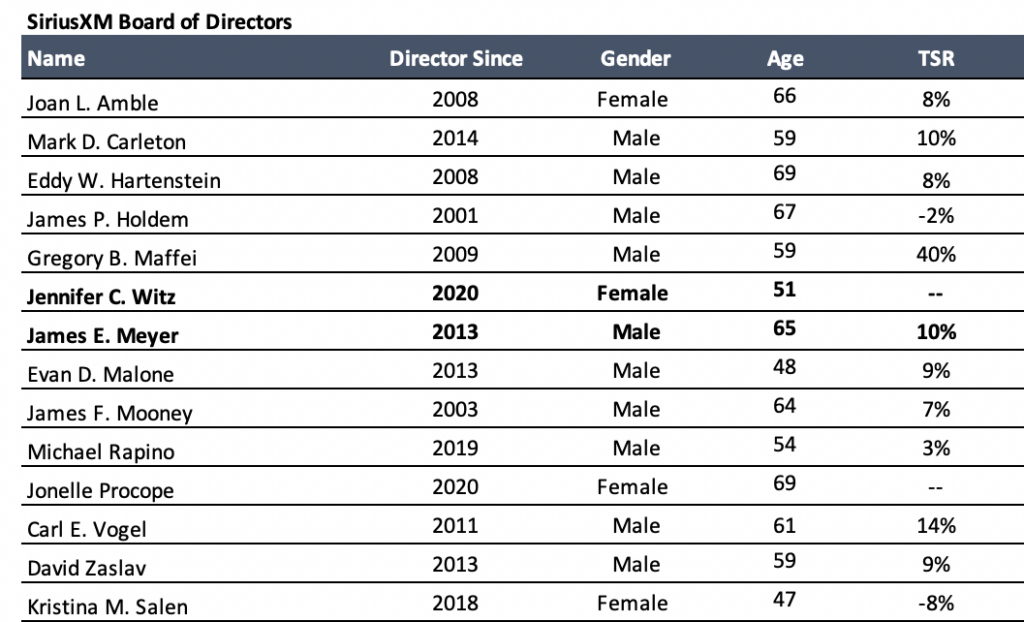 It’s been a challenging year for the media company, as transit and auto-ownership has decreased due to COVID. Shareholders will be hoping Witz and Sullivan can help the company reverse the negative trend in performance. 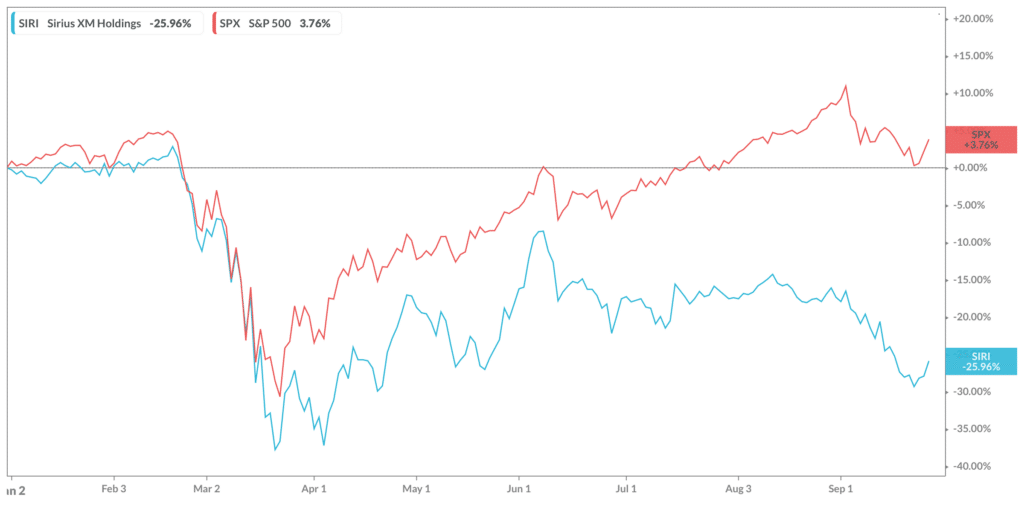