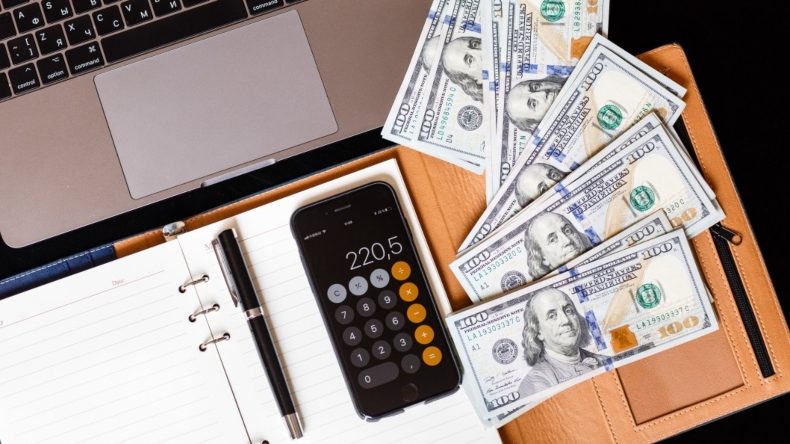 The Paycheck Protection program, or PPP, offered loans from the federal-government as relief to small businesses hit by COVID-19 shutdowns.

However, as we noted in our analysis over the weekend, many PPP loans went to larger companies that may have had funding alternatives, including stock offerings and cash on balance sheets, that aren’t available to mom-and-pop operations. This raised serious questions of fairness and effectiveness because the PPP funds, at least for now, have run out. The loans were so popular that businesses claimed $349 billion in initial funds in less than two weeks. On Sunday, Treasury Secretary Steven Mnuchin said on CNN, “I’m hopeful we can reach an agreement the Senate can pass tomorrow and the House can pass Tuesday.”

As of Friday, in addition to Shake Shack, at least 65 other publicly traded companies received PPP loans totalling $288 million, with a median loan of $4.6 million, according to the Boardroom Alpha PPP Loan Tracker.

Restaurant companies have said they would be among the hardest hit by COVID-19 closures, but publicly traded companies in many other industries also applied:

There is no question that the PPP loans came with incredibly generous terms. They are set at just 1% interest, no repayment is required for the first six months, and the loans will be forgiven if company recipients retain employees on the payroll for at least eight weeks. In an economy devastated by the coronavirus and government imposed lock downs on business activity, they are simply too attractive for firms to pass up.

Mr. Garutti, in his letter, rightly states that the PPP loans “…came with no user manual and it was extremely confusing.”

This confusion has been reflected across traditional and social media as debates raged about which types of companies should qualify and under what circumstances. Part of the loan certifications required businesses – and those running it with personal criminal liability – to certify that “Current economic uncertainty makes this loan request necessary to support the ongoing operations of the Applicant.”

A flashpoint for many became the question of whether venture capital backed start-ups could file for the PPP loans because they are backed by private equity and should they be relying on those backers for their survival? This became both a question of technicality and morality.

To us, this is similar to the classic free rider problem in economics. Consider two restaurants that are identical in every way – same location, same menu, same revenue, same costs – leading up to the coronavirus crash. However, restaurant “Good Stewards” has a strong balance sheet because the owners consistently put their earnings back into the restaurant to ensure its long-term stability. Whereas, restaurant “Bad Stewards” has minimal cash on hand and significant debt because ownership has decided to continually extract wealth from the restaurant. So, in this scenario, should restaurant “Good Stewards” not receive the PPP because they’ve managed their business well? Should “Bad Stewards” be rewarded with a government bailout that funds their previous bad management?

There should also be serious questions around executive pay and board compensation. We covered this in our original analysis, but it is worth pointing out that Shake Shack’s CEO is paid 77 times what the average Shake Shack employee is according to their most recent proxy filing. So, if the government isn’t looking hard at what those at the top are being paid during this crisis (see our COVID-19 Impact Tracker to see which CEOs and Boards are cutting pay), then something is not right.

The original funding of $349 billion ran out in less than two weeks and it wasn’t simply because public companies were receiving multi-million dollar PPP loans. The interest and need was absolutely staggering. Consider for example that according to Wintrust Financial Corp’s April 10th filing they had already “received more than $3.1 billion in loan inquiries from more than 7,700 small businesses since it opened its platform on April 3, 2020 to accept client submissions for the Paycheck Protection Program (PPP) under the Coronavirus Aid, Relief, and Economic Security (CARES) Act.

Approximately 1.6 million small business owners received PPP loans, but that is only 6% of America’s small businesses. So, while not all of the remaining 94% are in urgent need of coronavirus relief, many will be. Estimates for what it will really take to get small businesses through this disaster vary, but many are putting it closer to $1 trillion dollars, like Brock Blake, CEO of Lendio, suggests it is around $850 billion.

There also has to be assurances that a second round of PPP will be apportioned fairly across those who need it. As we noted in our piece over the weekend there is an incentive built into the funding that encourages the banks to prioritize funding larger loans over smaller loans despite there being no difference in risk level as they are all federally backed.

Entrepreneur and Shark Tank investor Mark Cuban is among those calling for a new round of funding with rules aimed at improving the odds for small businesses. On Twitter, he asked that a new round of loans be allocated via lottery:

While not guaranteeing that any specific small businesses would be awarded the PPP loan, it would give small business owners like Dorothy Heneghan, co-founder of Pat-a-Cake, a day care center and preschool in Greenwich, Conn., confidence that her application had the same chance as any other business.

Ms. Heneghan said she had not yet gotten an answer on whether her PPP loan application was approved. She hoped to use it to cover costs of about $50,000 per month. “I think the small guy should be considered,” she said. She is already worried because she believes the education of children from the ages of zero to 6 is crucial to their lifelong success. And she fears that if Covid-19 keeps businesses closed much longer, her business may face a long recovery.

Duncan and Rita MacDonald-Korth, small business owners and founders of COVID Loan Tracker, published a petition on Change.org calling for several changes. They argue for Congress to increase funding to $1 trillion and say PPP loans should be restricted to companies with fewer than 250 employees, with 50% of new loans allocated for firms with 50 or fewer workers.

Many small businesses have said they were still waiting to hear whether they would receive a PPP loan and were concerned that even if they did, the money might not stave off significant downturns.

What Comes Next is Important

Many will argue that Shake Shack’s decision to return its PPP loan is simply “good PR” given the backlash it received over the weekend. Whether that is true or not isn’t material to what happens next though. There will be tremendous pressure on the other large public companies that have received PPP funding to return their loans, but what they do also doesn’t matter much either.

What matters now is that the government sets up the appropriate guidelines to remove doubts around who qualifies and why, funds round two of PPP appropriately, and finally, that they ensure fair access to all small businesses that are at risk of having to lose their business and putting even more people who were struggling even before the coronavirus farther back.

Stay on top of all the impacts of the coronavirus pandemic and how companies are trying to mitigate those impacts: